On Thursday night, lured in by the clear skies,  I decided that Friday morning Willow and I would boycott playgroup. We would instead, be replacing this tried and tested way of spending a morning with a toddler, for some ' get out for a bit of fresh air ', not the swings, but where there is grass and leaves and 'wild' things. At this time of year that's what I feel we should be doing isn't it ? While playgroup is great, it kind of feels like more of a wintery activity.


Underterred by the rain we set off on Friday morning, of course it poured down. We do live near a lovely little woodland with a stream running through it, but i'm not altogether sure it's not a meeting place for weirdos.....lots of cars parked at odd times of the day ! Overly paranoid ?................. maybe, but I do have quite a good 'weird person radar' so for now I will go with my gut on this one.
So instead we headed for a nearby playing field. 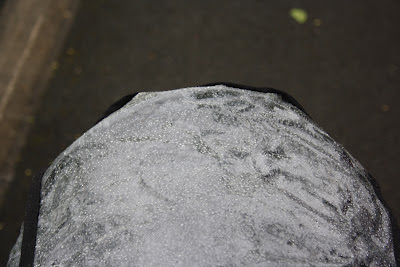 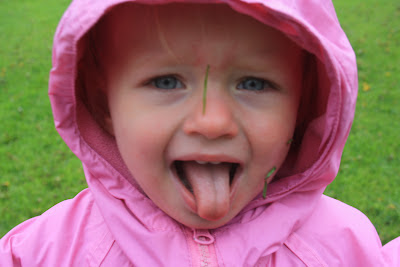 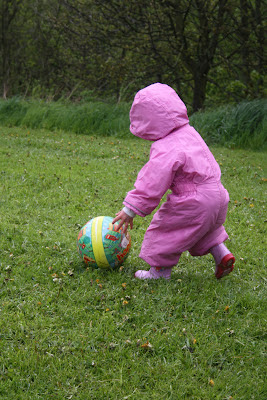 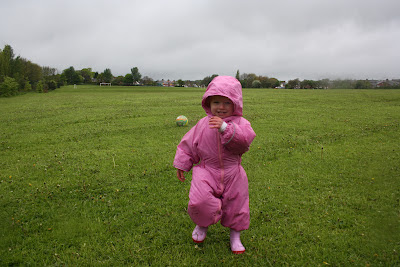 Looking at these photos you might think what a lovely and worthwhile time we had, the truth however is we were there for about 5 minutes, Willow cried cos her hands were cold, and refused to want to do anything other climb back in her pushchair, so I cut my loses and phoned a taxi to collect us. However the new lady in the taxi office wasn't accepting my explanation of where we were 'by the fishing lake kind of near that field with a playground', so I was standing there in the rain with a crying child...not the best morning of my life. But not the worst either, there has to be worse things !

We eventually made it home, wet and a bit cheesed off.

mamadeano
I like to muse, to think and to write. Often about family life and daily goings on, occasionally things that are on my mind, and sometimes the greater mysteries of God, politics and injustice. I have CFS ( chronic fatigue syndrome ) this blog isn't just about that, but it inevitable features as it's a large part of my life. I try not to take myself too seriously, but occasionally this is my outlet for my more serious thoughts ....when they do arise !!