Well, Christmas has been and gone, but it has been good. Really good. There have been the usual cold viruses lingering, but they have been mostly kept in their place with a bit of rest and a lot of night nurse.

Family, it's all about family really isn't it, and I am super fortunate to have a great one. Yes they are loud, and a little stressful at times, but they love me, and I love them. So really, that's all I can ask for. Oh, and they buy me nice presents which helps too !

My little family-not very often we get a photo with all of us..... 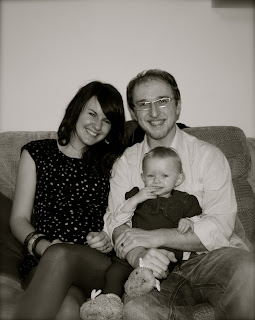 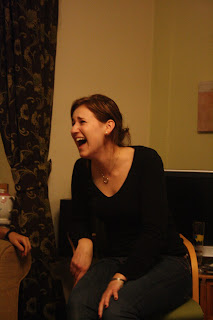 Such mild weather, W and her Gramps enjoying the garden.... cuteness. 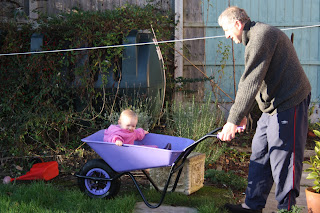 As well as riding in wheelbarrows, Little tike has got the hang of unwrapping gifts, It's such a pleasure to see her little face light up as she sees another plastic toy waiting to greet her with noises, sounds, and a general assault on the senses. 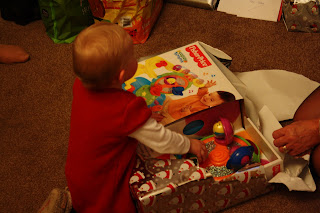 I have been thinking quite a lot about Mary this year. Travelling on a donkey of some type while in the end stages of pregnancy can't have been the best really can it ? And why someone didn't give her somewhere better than a stable to stay when in labour, i don't know. Someone in my family did point out to me that in those days people had lots of babies, so it was a bit more normal. But, you know, I still think someone could have swapped rooms with her while she was in labour, I am all for natural childbirth, but in a stable with cattle? i think that is taking things a little far. And maybe the shepherds should have tried to bring a midwife with at least some gas and air and a bit of paracetemol for the after pains ? but no, a sheep. nice one gentlemen.

But Jesus was born, and regardless of how damaged his birth left Mary, he arrived. Well done Mary. Well done God for sending Him. But maybe you could have caused people to discover pain relief and skilful midwifery a few thousand years earlier.........just saying.
Posted by mamadeano at 12:59

mamadeano
I like to muse, to think and to write. Often about family life and daily goings on, occasionally things that are on my mind, and sometimes the greater mysteries of God, politics and injustice. I have CFS ( chronic fatigue syndrome ) this blog isn't just about that, but it inevitable features as it's a large part of my life. I try not to take myself too seriously, but occasionally this is my outlet for my more serious thoughts ....when they do arise !!